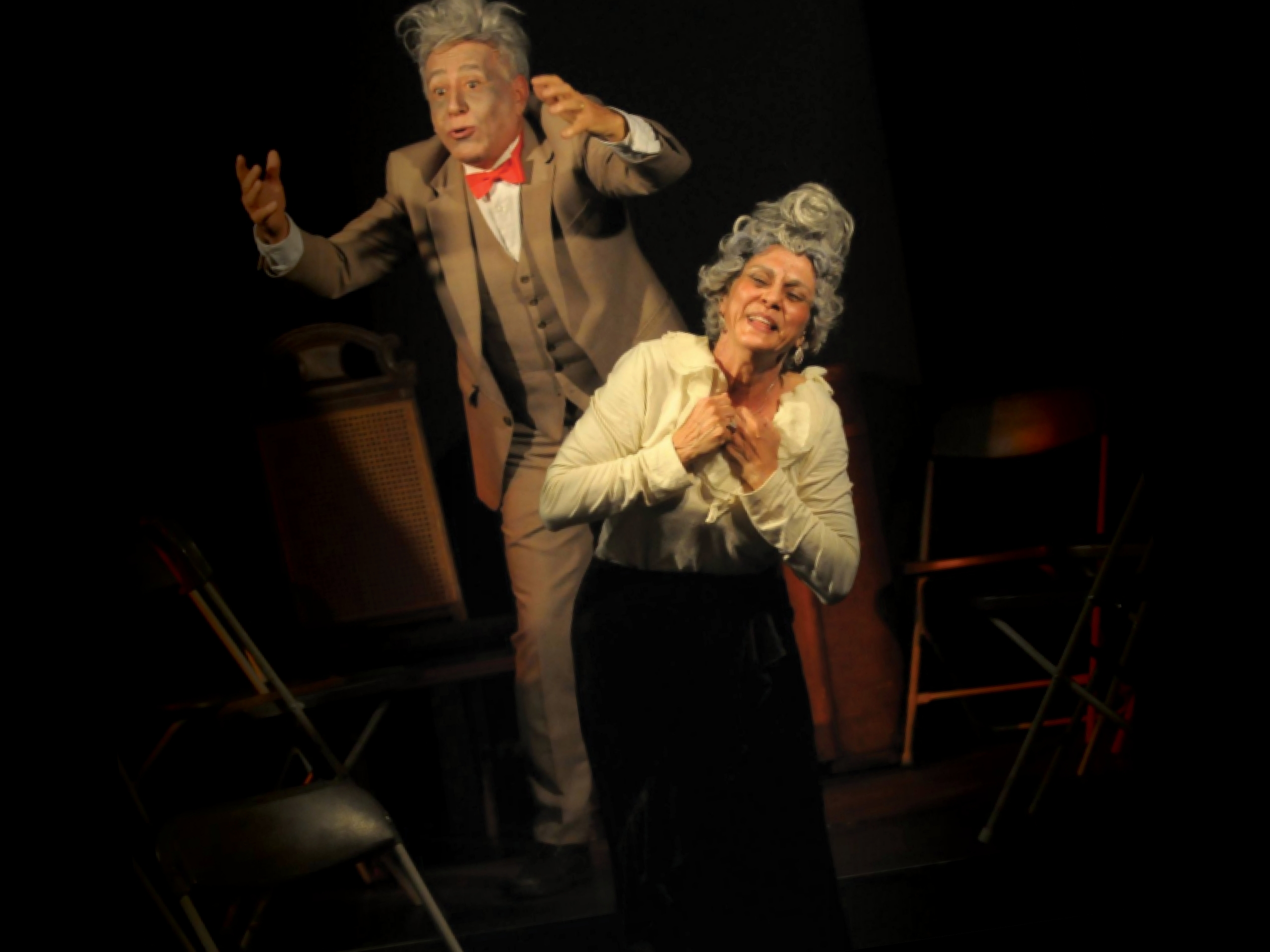 Enjoy rediscovering classic Italian commedia dell’arte or exploring Theatre of the Absurd from the comfort and safety of home through Facebook Live. These stage readings, a collaboration with MarGi Happenings, showcase the work of quintessential playwrights and feature some of our favorite local Hispanic actors. All readings are in Spanish.

In Picnic Fernando Arrabal, one of the most recognized playwrights in the Theatre of the Absurd, denounces the irrationality of war with and illogic, and at times sinister, humor. It’s an unexpected situation: The parents of Zapo – a recruit fighting in the war – arrive at the battlefield to have a picnic with their son. That’s when an enemy soldier shows up and they all share a day in the field in a friendly atmosphere. Surprised, they discover no one wants the war and decide to end it.

Virgilio Piñera, one of the greatest exponents of the “literature of the absurd”, shows in his play Estudio en blanco y negro (Study in Black and White) the conflicts created by the lack of communication between people. The action happens at a park where two men argue, hotly, about black and white, one is a fervent partisan of one color, the other is just as vociferous a defender of the other color. Wanting to prove their points, each one tries to get the support of a couple, sitting in a nearby and occupied in their amorous business. Without wanting to, the couple gets snared in the debate. Finally, a fifth character shows up to offer an unexpected solution.